Last week I have implemented an Azure PoC at a customer site and was faced with the configuration of the S2S VPN tunnel between Azure and the on-premises site. You can check on the MSDN website which VPN devices are supported.

The customer is using a FortiGate as VPN device and as you can see on the MSDN website you are forwarded to the FortiNet website. But I will provide you with the direct links to the documentation and the video on how to setup the S2S VPN tunnel to Azure.

I followed the steps in both how-to manuals, but the connection did not establish successfully afterwards. I went back to the MSDN website to check the IPsec parameters. 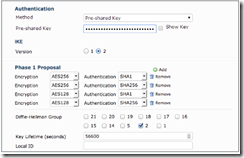 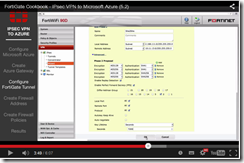 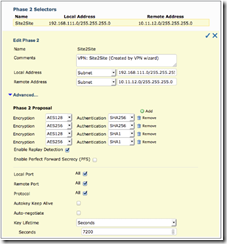 If you specify the settings for local address & remote address and they will not work try 0.0.0.0/0 for both. In the video PFS is enabled with the wrong Diffie-Hellman Group instead of 2 it should be 1. In the document PFS is not enabled, but you should. Then I have set the key lifetime to 3600 seconds instead of 7200. Additionally you can enable the autokey keep alive functionality.

I am not saying that the how-to manuals are wrong or not working. Only in my case that I had at a customer site they did not work.